Domitilla Maria Rota was born in the Albenza house of her grandfather, Carlo Pietro Rota. His house was known as “Grumello”, and Domitilla was the last of the Rota grandchildren to be born at “Grumello”. 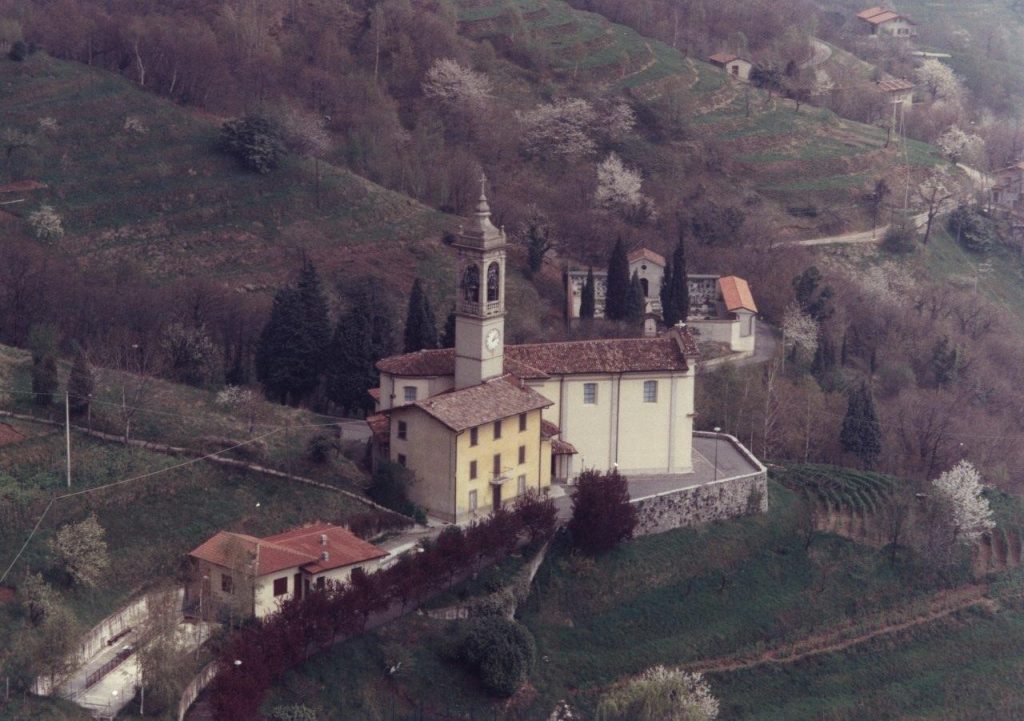 Church of San Rocco in the locality of Albenza, Almenno San Bartolomeo (Italy) and where Domitilla was baptised and where she married Danny

Daniel George Hyams was born on June 1, 1921, in Jeppestown, Johannesburg. He was the second child of Louis George Hyams and his wife, Mary Joseph Hyams.

Although he was Jewish himself, Hyams senior insisted that his two sons  have a Catholic upbringing, in accordance with their mother’s religious background. Accordingly, on March 10, 1922, Daniel George Hyams (or simply Danny, as he came to be known throughout his life), was baptised by Fr Francis in St Anne’s Catholic church in the eastern Johannesburg suburb of Belgravia, with his maternal grandfather Louis Bretton and aunt Lucy Bretton as sponsors.

From the very early age of four, both Danny and his older brother Louis Jnr were sent to boarding school at the Dominican mission in Potgietersrust (now known as Mokopane). Later, they attended the Little Flower College in Pietersburg (Polokwane) in the northern province of Limpopo. Little Flower, run by the Flemish Brothers of Charity, provided the two brothers with a sound grounding in academics, spiritual development and sports. Danny completed his secondary schooling at the tender age of 16, and as head boy and an accomplished track and field runner.
1940
June 1 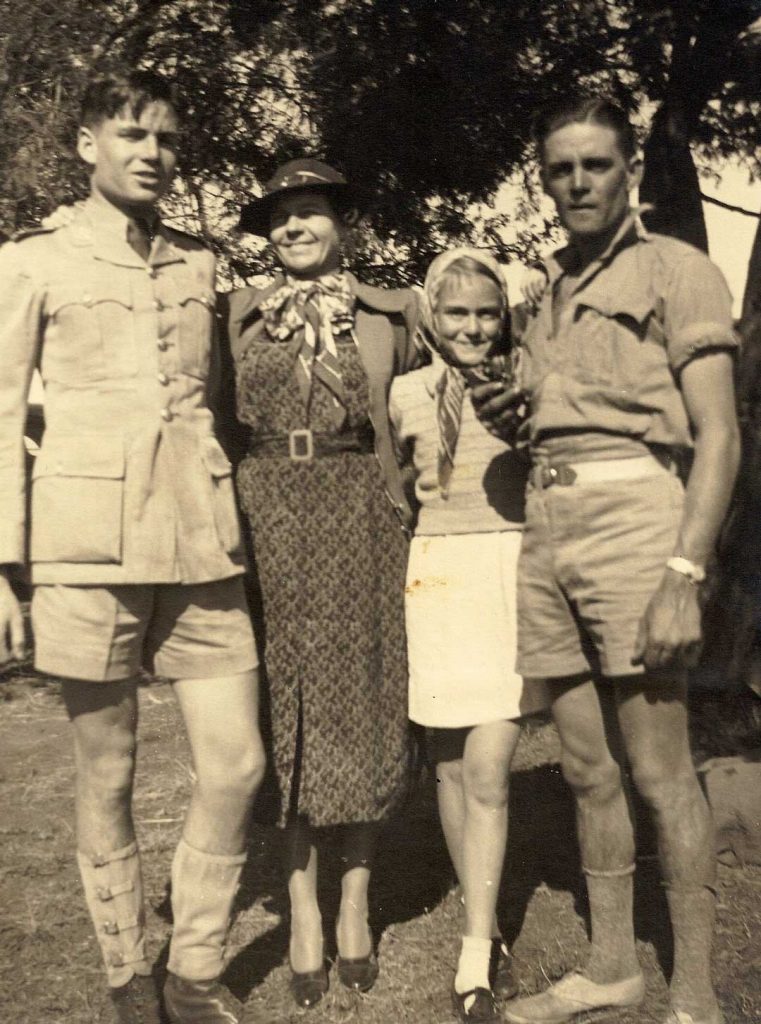 With the outbreak of World War II, and after persistent persuasion, Mr Hyams finally relented and allowed his youngest son to take the oath to volunteer for active service in North Africa with the Rand Light Infantry (RLI). His older brother, and boyhood hero Louis had already joined the recruiting queues of the various regiments and services.
Mobilisation orders arrived for Danny on June 8, 1940, a week after his 19th birthday. Almost a year later, on June 21, 1941, Danny disembarked from the Ile de France at Port Tewfik, at Egypt’s Suez Canal, to participate in the North Africa Allied campaign.
Image caption: Danny Hyams (left), mother Agnes Le Breton, sister Dina and brother Louis just before WWII
1943
September 1 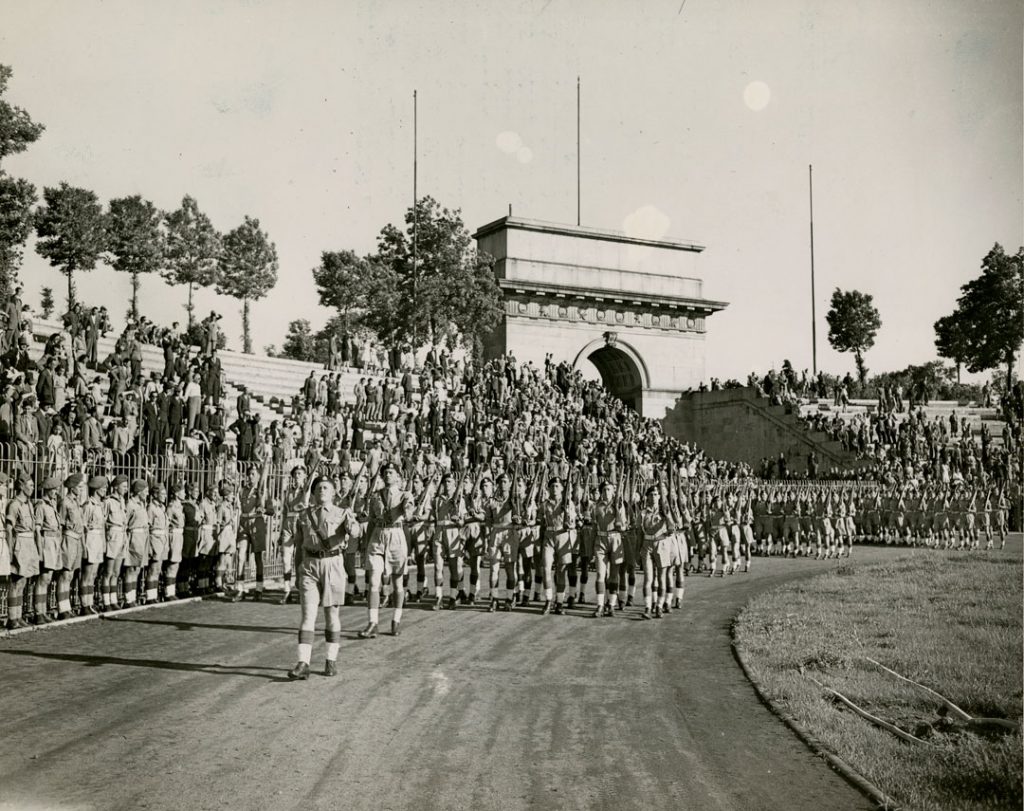 The dawn of Sunday, June 21, 1942, saw Tobruk in flames. Corporal Hyams and other members of the RLI Composite Company started a 100km trek eastwards towards Egypt’s eastern borderline. After several narrow escapes avoiding Axis Forces, and suffering from a shortage of food and water, the group reached the Egyptian-Libyan border, and fate intervened. On June 27, Danny and his fellow troopers were captured by Mussolini’s fascist insurgents. A series of transfers to various prisoner-of-war camps took place until they were sent to “Campo Concentrate to Grumellina” in Bergamo.
With the September 8, 1943, Badoglio Proclamation announcing the armistice between Italy and the Allied Forces, the POWs at Grumellina walked out of the unguarded camp (the guards having abandoned their posts) and escaped to the mountains behind Bergamo. To their relief they were well-looked after by the local population, who shared what they could with the escapees from their own meagre resources. The POWs had kept remarkably well during the first winter, but later a nasty boil developed below Danny’s chin.
Palmina, a local villager who was allocated the responsibility of looking after Danny, insisted that the corporal get help from La Signora Elvira Rota — Domitilla’s mother — in the neighbouring village of Albenza. 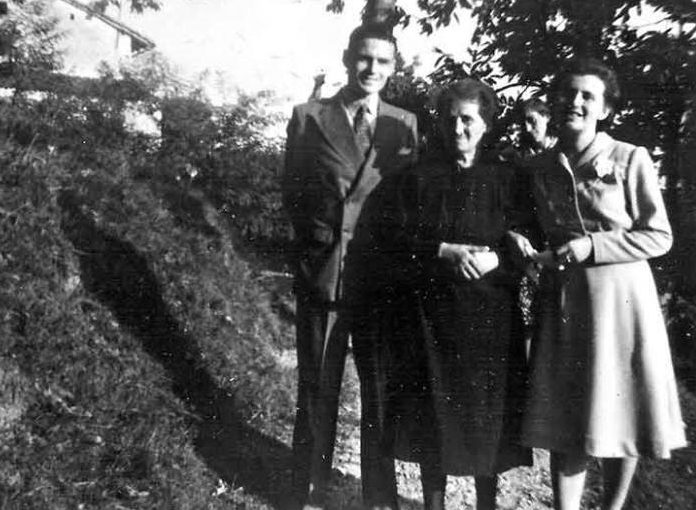 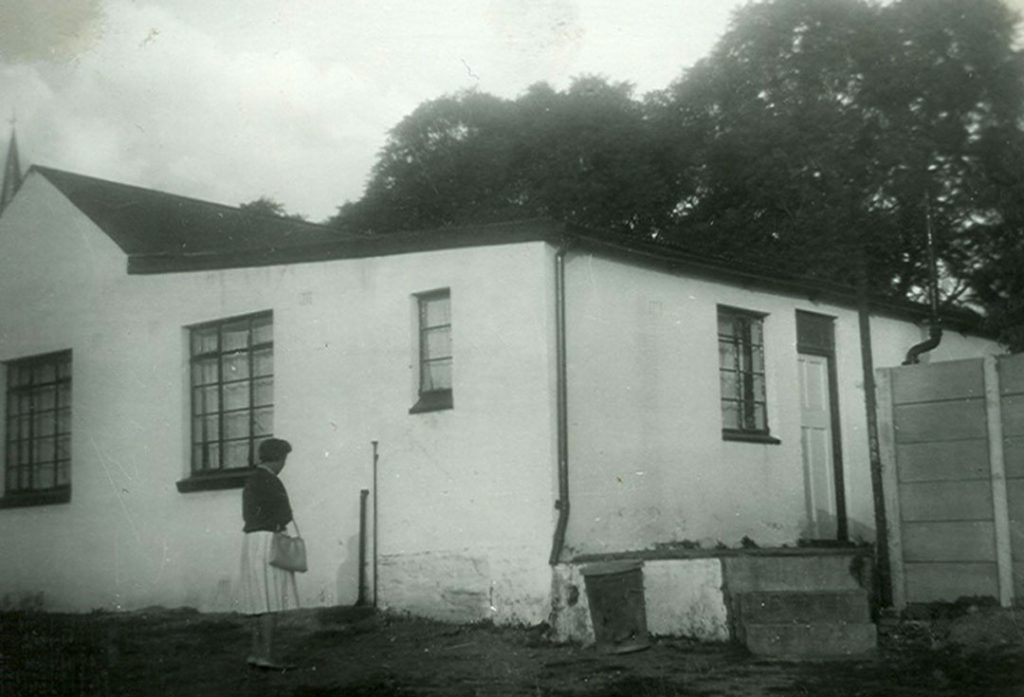 Domitilla inspecting what was to become LITTLE EDEN’s first part-time premises at the Methodist Church, Edenvale in 1967

Apparition of the Virgin Mary to Domitilla Hyams 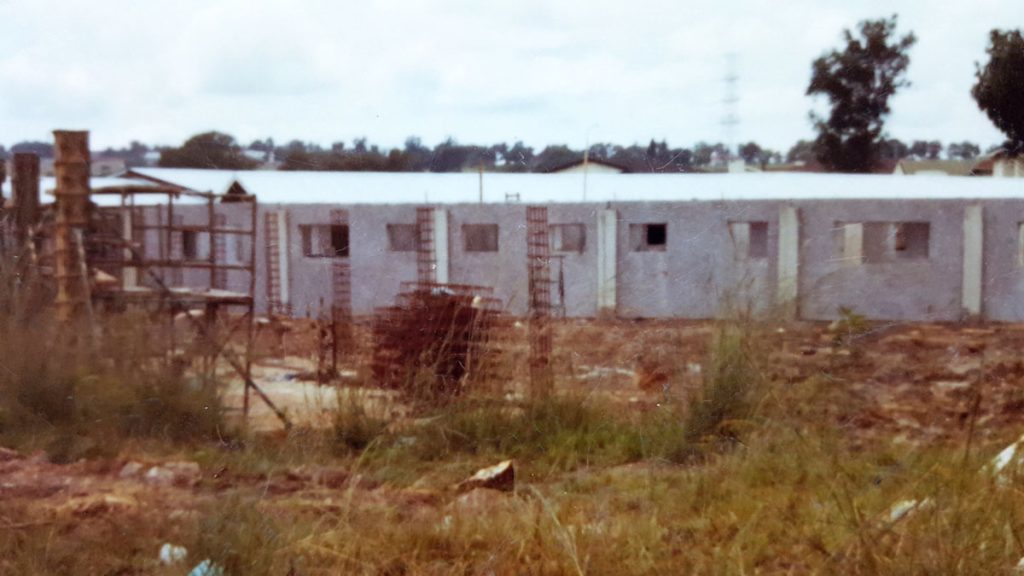 Domitilla (left) with some of her beloved ‘angels’ in the 70s

Blessing of LITTLE EDEN Edenvale Chapel ‘Our Lady of the Angels’

Honoured with title of Cavaliere by the Italian Republic 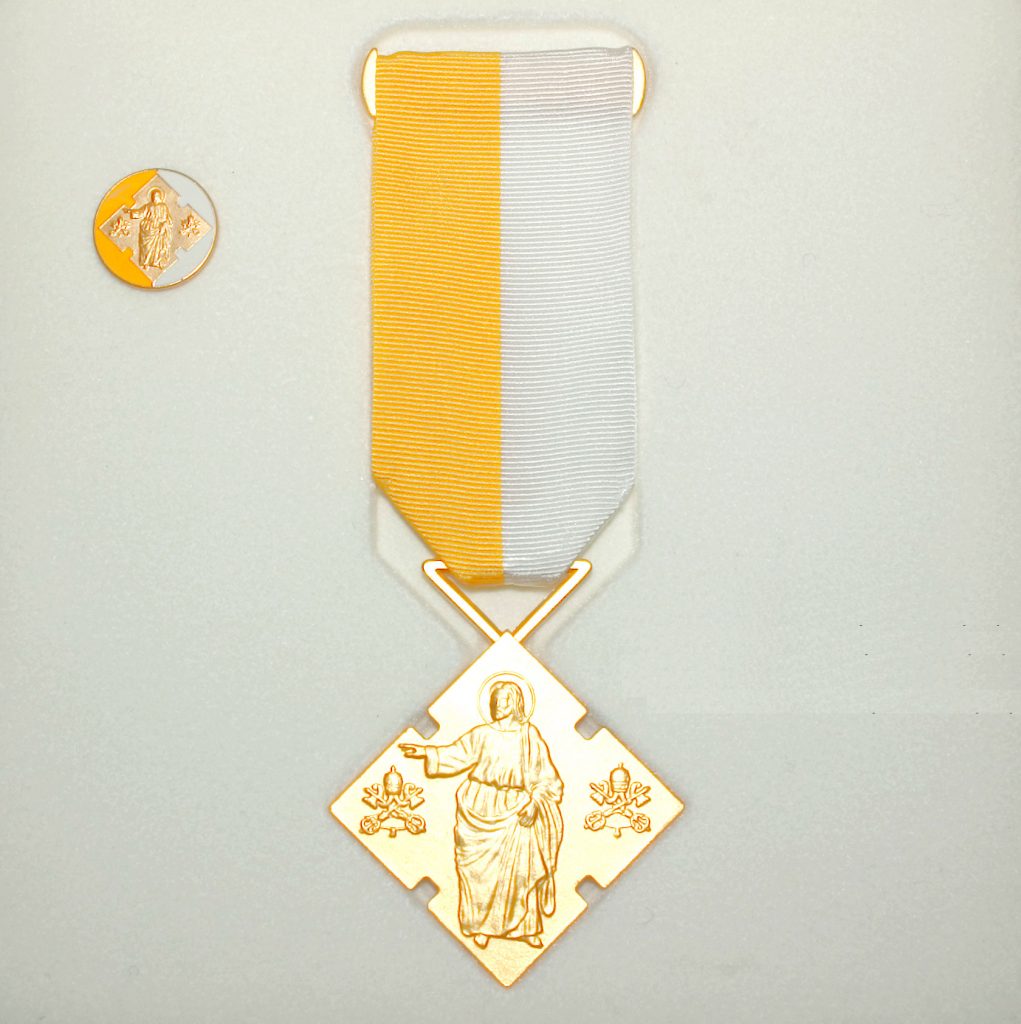 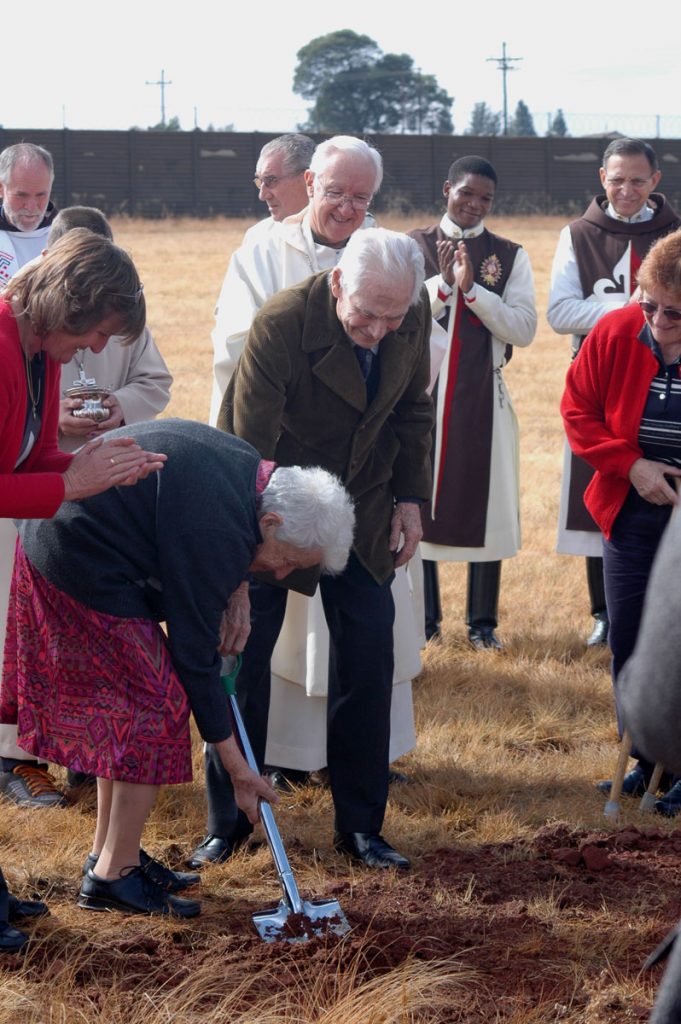 Image caption: Domitilla and Danny, turning the first sod for the future Chapel of the Holy Family at LITTLE EDEN Elvira Rota Village, Bapsfontein in 2007

Associazione Domitilla Rota Hyams Onlus – a PBO/NPO established in Italy to ensure the legacy of the founder of LITTLE EDEN Society, Domitilla Rota – operates to preserve and nurture that precious gift of faith which enabled Domitilla to clearly witness the image of God in children with profound disabilities.

Death of Daniel ‘Danny’ George Hyams in his home at Edenvale

Declaration of Petitioners of the Cause

Publication of Petition to open Cause

Request for Nihil Obstat from Congregation for the Causes of Saints

Nihil Obstat received from the Congregation for the Causes of Saints

Nihil Obstat received from the Congregation for the Causes of Saints